Last year Alternative Weddings MCR had the pleasure of observing a few humanist ceremonies during the weddings we planned, and how wonderful they were! So special in fact that our founder Stefanie Fetterman has decided to train as a Humanist Celebrant herself and all being well, from June 2017, she should be fully qualified and accredited to marry people!

Last year we watched the family and friends of our couples cheering and clapping and laughing along to ceremonies that had been written especially for them by dedicated celebrants. Stories were told, jokes were cracked and songs were sung, perfect for our alternative weddings! The ceremonies were inventive and original and unlike traditional church or registry office services the couple had complete creative control. From replacing a traditional hymn with “I Get By (With a Little Help From My Friends)”, string quartets playing Oasis, a hand-fasting ritual in which each guest came and tied a ribbon around the bride and groom’s hand (as a symbol of their love and support), or readings such as poems by John Cooper Clarke, these weddings couldn’t have been quirkier or more cool. You could tell from the level of intimacy, the in-jokes and the smiles on everyone faces just how much these ceremonies meant!

It’s not surprising that many people are considering humanist ceremonies for their big days, many people simply don’t feel connected to traditional religious services anymore but still want to declare their love in a joyous and public way.

Considering a humanist ceremony yourself? Then here’s what you need to know.

So what is a humanist ceremony and how might it work for you?

Who conducts a humanist ceremony?

Is a humanist ceremony legally binding?

What if my family is very religious? Might they be offended? 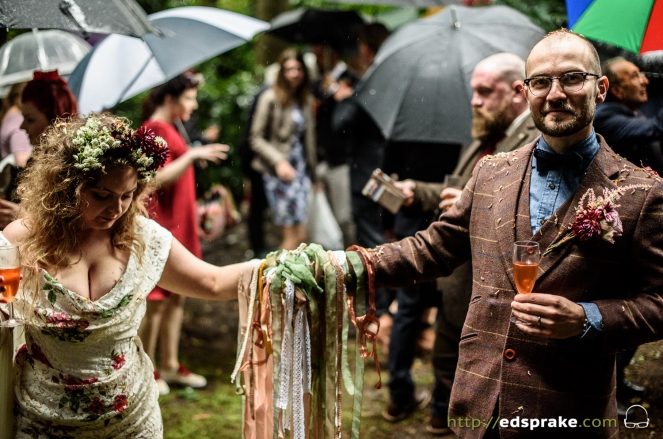 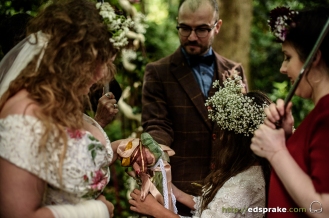 So fingers crossed all goes well with Stefanie’s training, watch this space for Humanist Ceremonies available through Alternative Weddings MCR!