Our fifth wedding of 2017 was Laura and Nick Coppack’s, two people united by a love of music who wanted a wedding that was slick, beautifully presented but completely laid-back and personal. As Nick told us in his wedding speech, this pair met at a Belle and Sebastian tribute night at Manchester’s landmark underground venue the Star and Garter. It’s authentic urban charm and unpretentious vibe set the tone for their relationship, and they’ve never looked back. 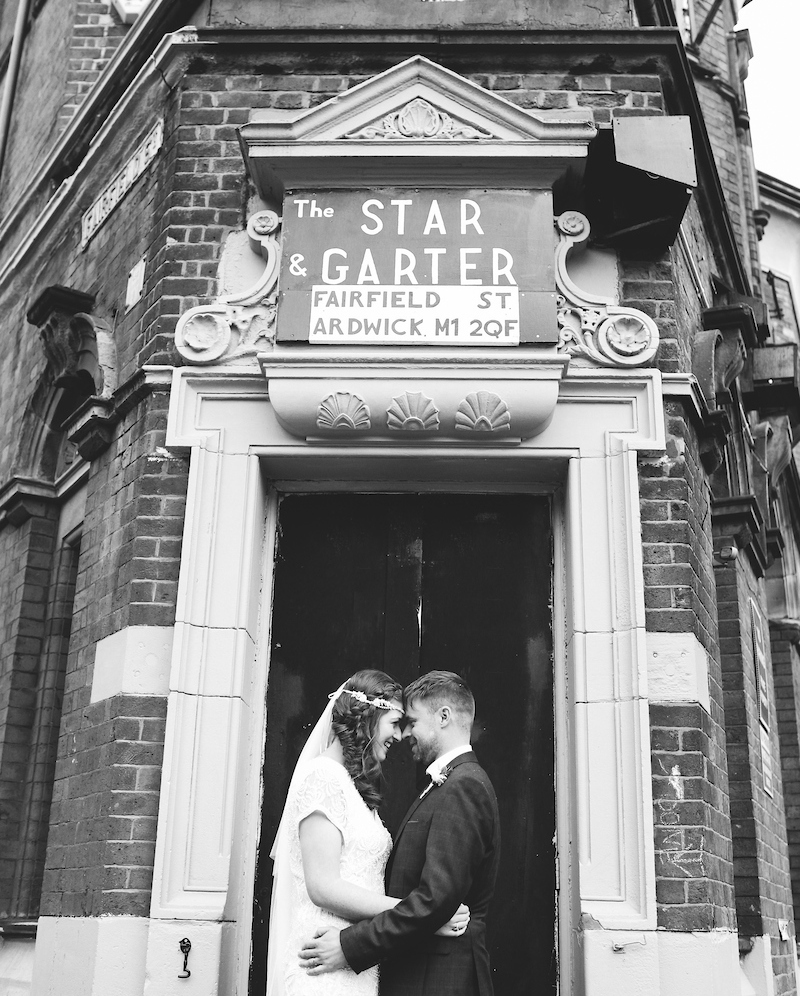 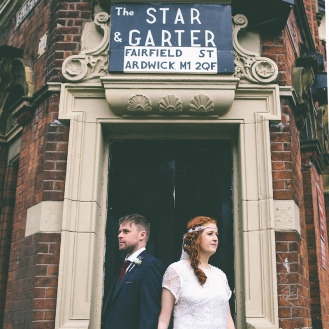 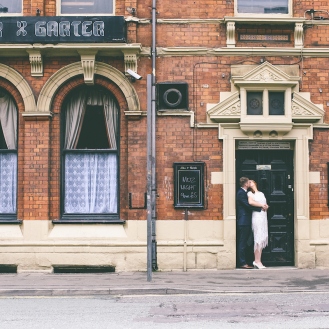 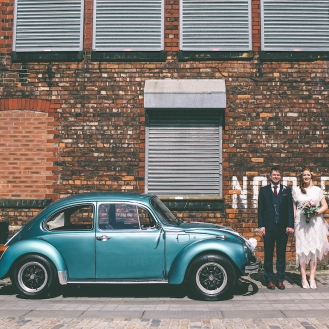 Nick also made a point of mentioning that he and Laura are happiest when they are on their own and it was obvious theirs was a deeply felt and intimate romance. So how could this couple, who like nothing more than to be in each other’s company, plan a day of entertainment whilst still maintaining the closeness that they treasure? As you’ll see, I think they got exactly what they wanted. 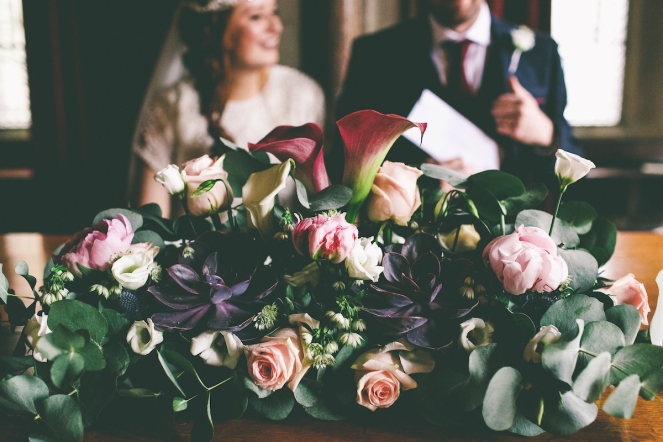 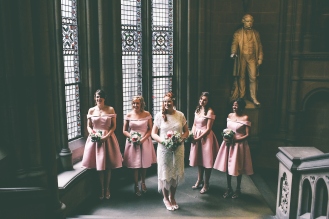 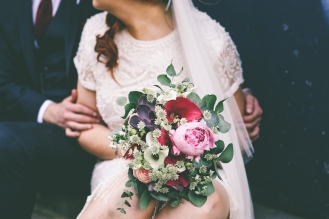 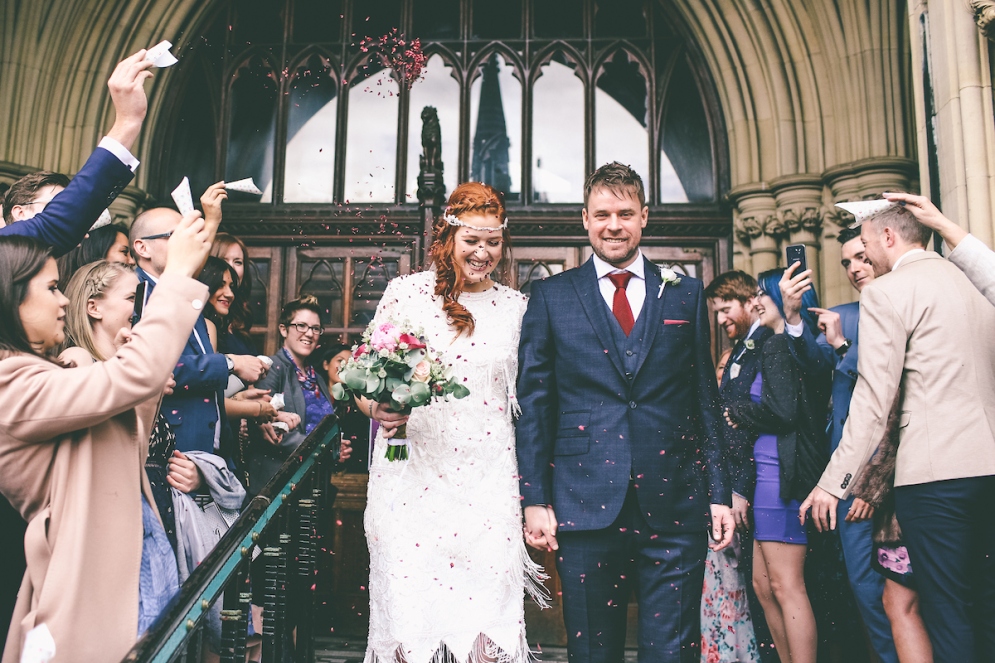 Their day began with a ceremony at Manchester Town Hall and photographer Emma Boileau did a stunning job of capturing the majestic surroundings of this architectural gem. Laura and her bridesmaids looked stunning carrying bouquets made by our Alternative Weddings MCR team and Nick and crew couldn’t have looked more dapper. A large floral centre piece including lillies, succulents, peonies, eucalyptus and astrantia was also made us, which was then brought to the reception venue and dressed the top table.

From early on Laura knew she wanted succulents and eucalyptus (a reminder of Nick’s Australian roots that would also make the space smell gorgeous) in her wedding flowers. We took Laura and Nick directly to our wholesalers and let them pick exactly the seasonal flowers that they wanted. 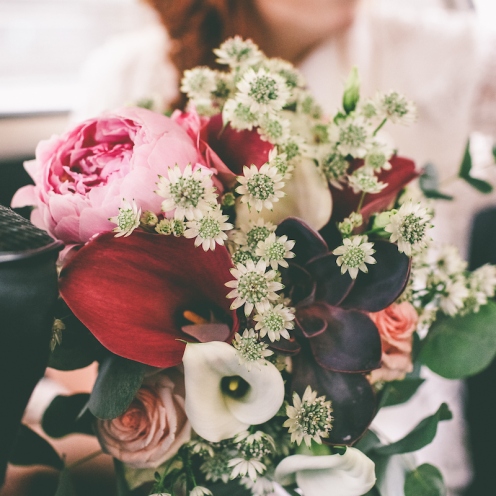 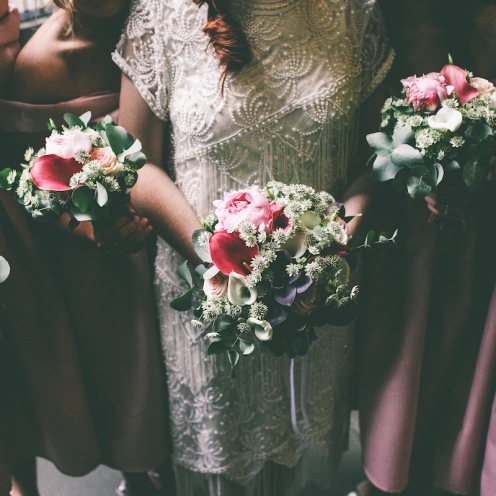 At Hope Mill Theatre more excited awaited, but Laura and Nick didn’t follow their guests straight away. Making sure they made time to capture the things that mattered most to them, this couple snuck off to the Star and Garter for a secret photo-shoot in the place where it all began. 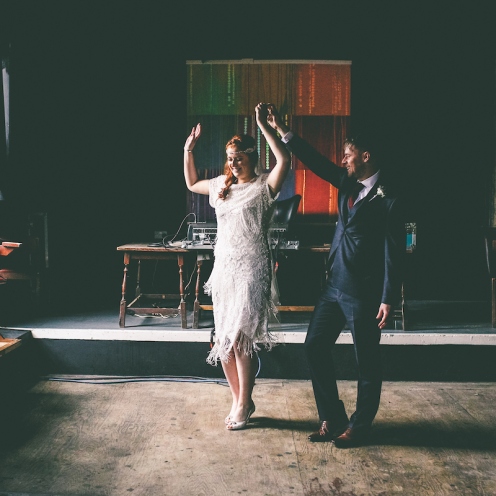 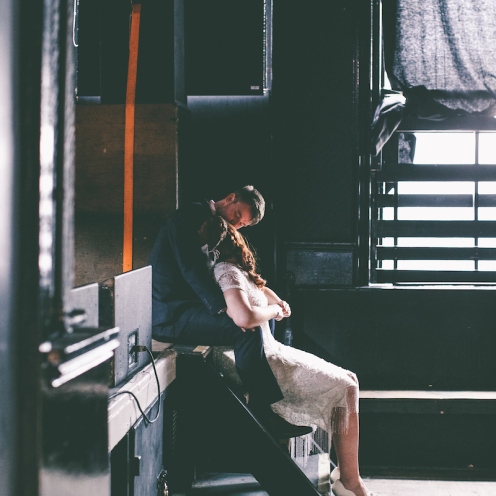 Then the celebrations were in full swing as the newly wedded Coppack’s arrived and joined their guests at our beautifully dressed wooden trestle tables. Terraniums full of succulents and peonies sat beside glass and brass candle holders, giving the atmosphere a touch of real class. Spoiling their guests rotten Nick and Laura laid on food from Bangers and Bacon and Purely Pizza and then after their meal Delicious Fruits and Fountains took over with a tasty array of crepes. 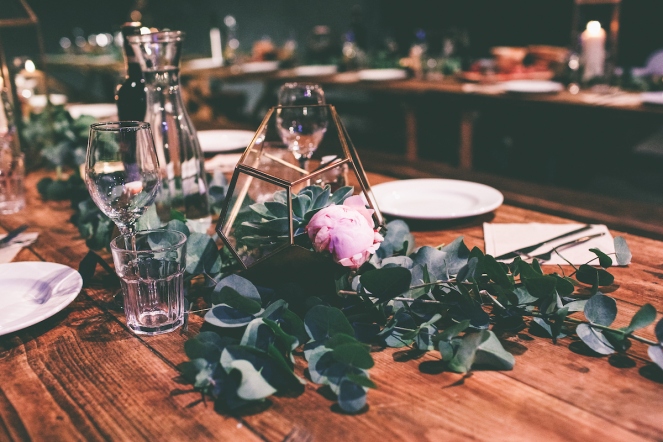 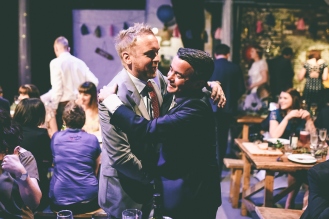 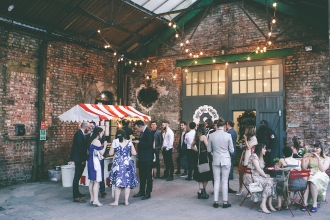 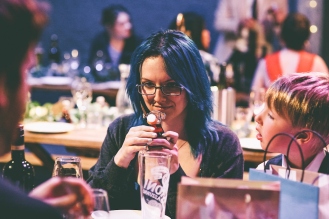 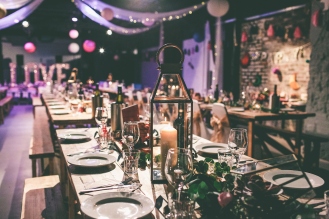 There were so many beautiful details such as the damson gin Laura and Nick homemade, or the Belle and Sebastian album covers that made up the table plan. But the thing that really polished off the day perfectly were the amazing Juke Box Band who could play everything from the Jackson Five to Bruno Mars. Everyone was dancing, the young and the old, something that doesn’t always happen as automatically as you’d think.

This was one of those weddings where I was so happy at the end of it that I actually kicked off my shoes and joined in the dancing. As a wedding planner it’s such a gorgeous feeling when you know everything has gone well and you see the room radiating love.

Laura and Nick were obviously over the moon with their big day and seemed so contented and in love. Planning their wedding was an absolute pleasure and if we could do it all over again for them, we would!! 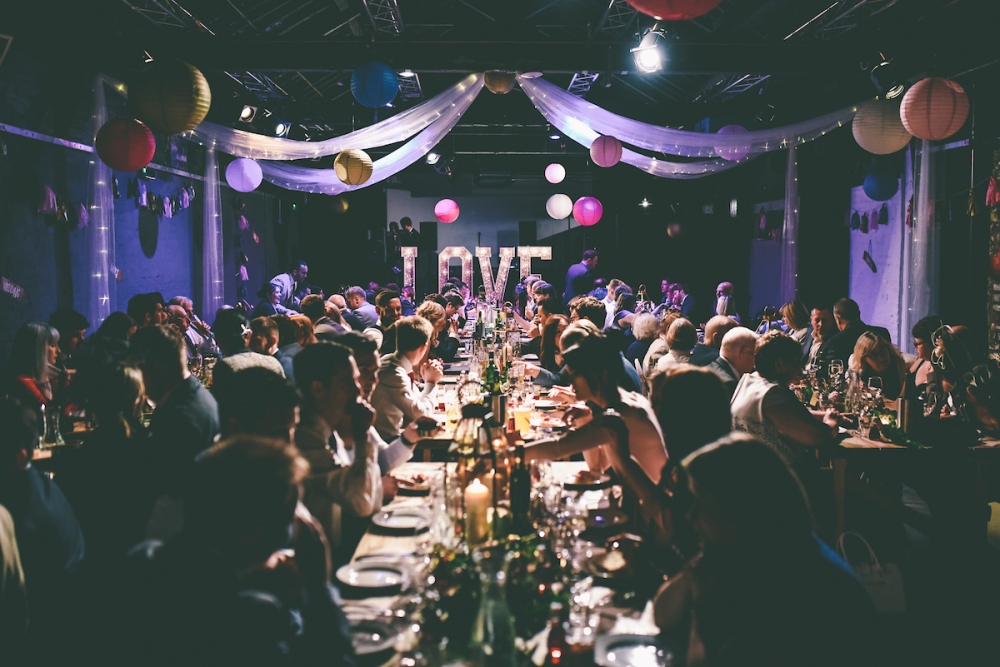