The summer of 2019 might as well of been called the second summer of love as it was our biggest (and most rewarding) wedding season yet. In early Feb we were contacted by a Bride who had big ideas for her July wedding, but having just had her second baby, and nothing firmly in place yet, realised so had very little time to plan! This was of course where we came on board and when all the fun began. 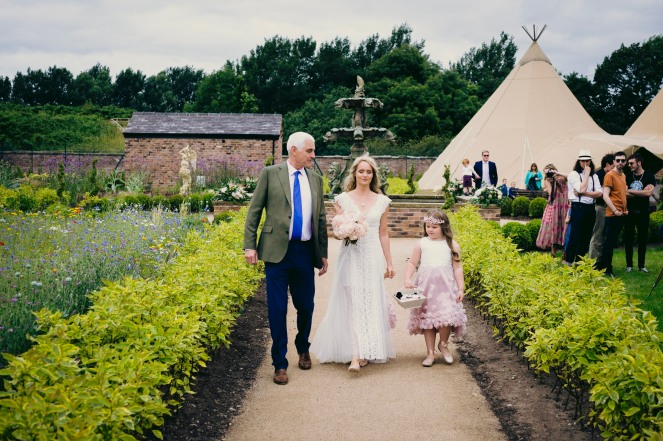 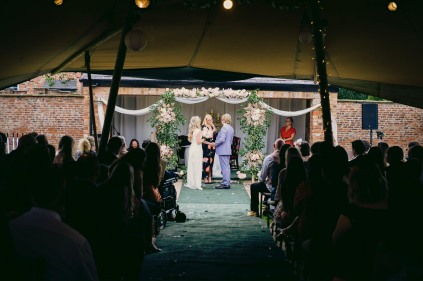 Before giving birth to Roselee and Jasper, Nikki ran a Yoga centre and has always been true to her spiritual roots. She’s a holistic healer and saw her own wedding as the perfect opportunity to magnify the love, light and laughter she transmits in everything she does. She wanted magic, creativity and most importantly laughter to run through her wedding day with the theme being: “Coming Home to Love.”

Nikki and her Groom David were lucky enough to have a very big back garden, which at my initial meeting, was little more than a muddy field ‘Under Construction’. They showed me plans of how the four quadrants were eventually going to look, with wild flower gardens and grassy areas arranged around a gorgeous water feature. Once all landscaping, planting and building had been completed (in a mere 6months) this was where they planned to have their wedding. 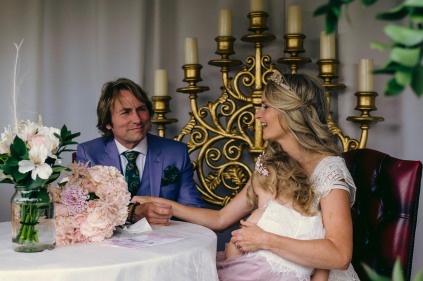 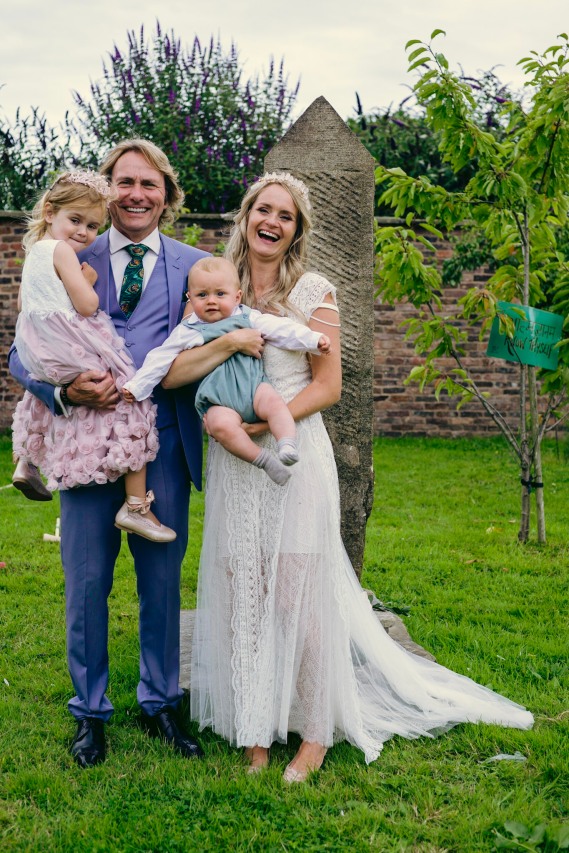 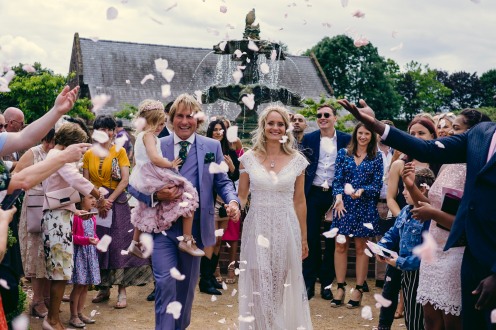 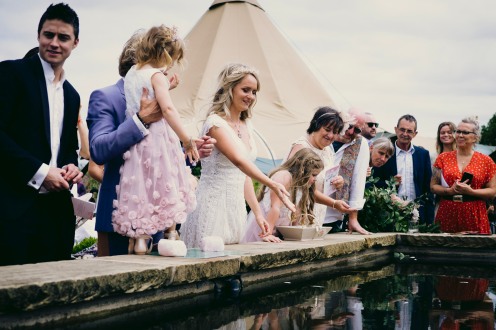 Being a full time Mum Nikki rarely had time herself, let alone enough to source quotes, deal with suppliers and start everything from scratch. Over the next 6months Stef visited her home every fortnight to make sure she understood implicitly what Nikki wanted and make sure everything was on track. Once the décor was chosen, tipi companies booked, caterers and performers contacted and confirmed, Stef put together detailed timelines and performance schedules to make sure everything would run smoothly on the day.

David and Nikki also obtained a license so a registrar could legally marry them on their own home grounds. In addition, a special heart centering service led by Steph Magenta opened and closed the ceremony and led the guests in the singing of traditional Sankrit mantras. To be able to design your own wedding ceremony, from beginning to end, was Nikki’s deepest desire from the very beginning, and to be able to do this surrounded by the people she loved most in the world, in her own personal Eden, was the cherry on top of the cake. 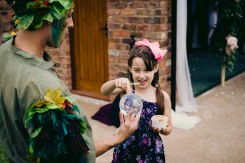 Tabla drummers, an Indian kirtan and a hang pan drummer provided the soundtrack to the ceremony. On each guests’ chair a rose quartz crystal had been left with their order of service, which they then dropped into the water fountain at the centre of the garden, giving their own small blessing for the Cohen family.

As you can see, happy kids, contact jugglers and beautifully body-painted dancers dressed up like Hindu Goddesses roamed freely around the gardens throughout the day and Mother Nature (considering it had been torrential rain only the day before) could haven’t smiled down more graciously on this sunny and love-filled day.